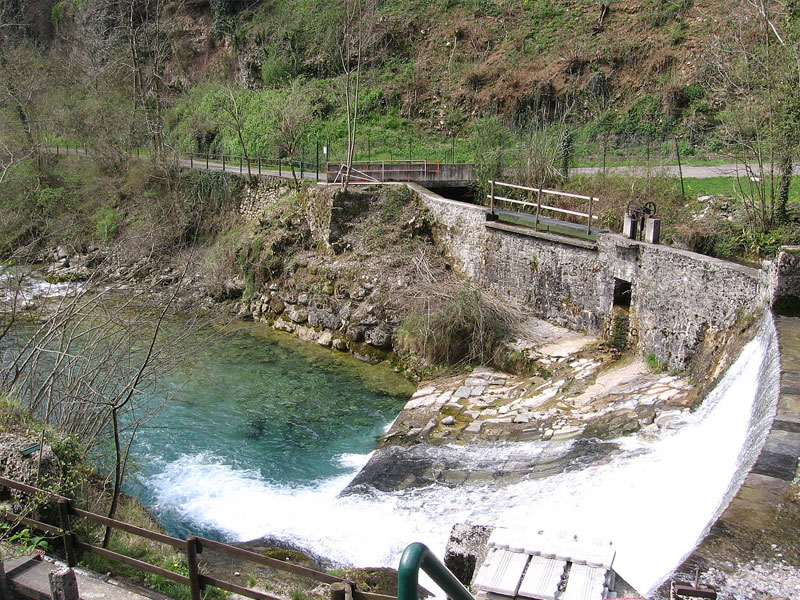 The Ponte Nossa city hall covers both sides of the Seriana Valley, where the streams Nossana and Rise join the Serio river. Ponte Nossa is located between 1525-4255 feets of Corno Guazza.

The origin of the name of the city hall has not been clear. Some people recognize the etimology of Nossa in the latin word alnocea,(from alnus) in relation of the alders flowering plants, other in the word nucea, in relation of the common walnut (“noce” in Italian).

In VI century BC there were already population living as a pastoralist. Later celtic population considerate Nossana’s springs as a sacred place.
Under the domination of Roman Empire started the real urbanization of Ponte Nossa as veteran’s divided land (“centurie”). The Roman Empire’s land improvement and exploitation of minerals combined with the geographical position of Ponte Nossa increased the trade in area.

After the collapse of the Roman Empire began a period of instability partly solved with the lombards’ occupation anyway still not so good as was in romans time. Afterwards were the Frank’s moment to became the owner of the region, including it inside of feudalism system, first under the monks of Tours control then under the Bishop of Bergamo. In this period were record the first written proof of village’s existence, from wich came from the noble family of Da Nossa that would influence the political and cultural life of Bergamo.

The struggle between Guelphs and Ghibellines force the region to become depopulated. In XV century Bergamo and its territory choose to became part of the Republic of Venice that ensured a decrease the taxes burden and a great autonomy: factors that guaranteed prosperity and security to the trades. In the XVI century Ponte Nossa also gained administrative independence and was included in the district of Upper Valle Serina.

In 1797 the Republic of Venice collapsed and Ponte Nossa became part of Cispadane Republic being proclaimed by Napoleon, which meant for the village administrative reform and the assimilation in the municipality of Parre. Then followed Austrian domination under the Lombardo-Veneto Kingdom and finally the annexation to Italy Kingdom. With the Savoy dynasty, the industry has been developed further exploiting the steel material, in particular the calamine. During the Italy Kingdom started also the textile industry with the creation of the “Bergamo Cotton Mill”, that became the main commercial activity thanks to Val Seriana Railroad witch increased the connection and the trade with the city of Bergamo.

Step by step, the wealth decreased, until the definitive closure of mines and textile factories. This meant for Ponte Nossa depopulation and population decline. In recent years there has been a reconversion in the mechanical sector, mechanic-textile and artisan, based on the recovery and disposal of dusts produced during steelworks.