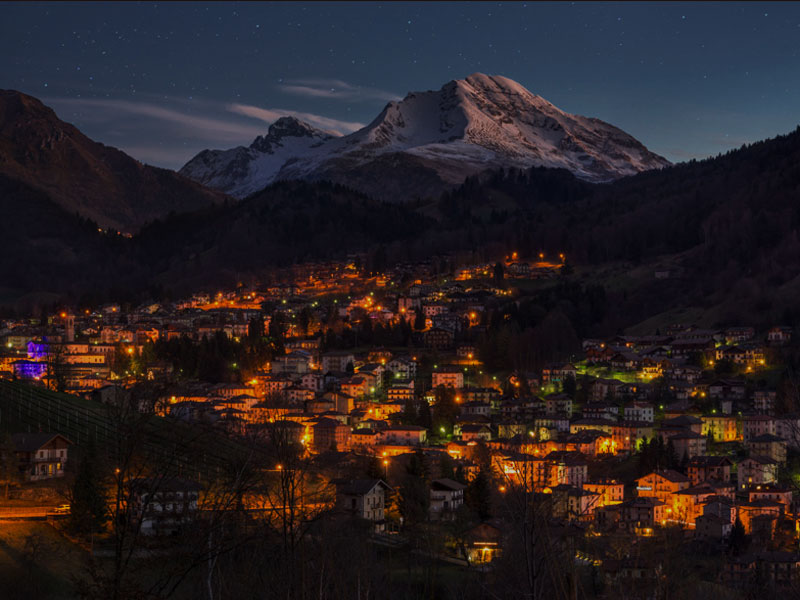 Serina is located in the namesake Valley, a side one of Brembana Valley which is only 30 km far from Bergamo.

The history of Serina begins early, already in Roman times, when it was inserted in the municipality of Bergamo. Mine exploitation in the area began during the Roman period, being Val Serina (“Serina Valley”) rich in iron deposits, especially near Dossena. Even the name dates back to Roman times, meaning to indicate the position of the town, along the river Serio precisely.
The first documentary evidences, however, are much later, around the eleventh century. In this period Serina expands in commercial trades and cleverly uses its position: an ancient trade route that linked the Serina Valley to high Val Brembana (“Brembana Valley”), the Via Mercatorum (“The Merchants’ Route”), passed through the Serio’s valley.

The mining activity didn’t stop along the centuries and in the 1800s Serina was known for iron mining and specialized workshops in weapons and iron tools realization.
The torrent Ambria was instead used for the functioning of the wool industry machinery, specialised in the production of big cloth of Bergamo.
Its position as an economic and material exchange centre transformed Serina in a small town ruled by the Torriani family, then ousted by the rulers of the Venetian Republic, who here established the vicariate of the Serenissima, raising Serina to capital of upper Brembana Valley.

Serina is also the birthplace of the painter Jacopo Negretti, who became famous in the lagoon city with the name of Palma the Old, one of the most prominent members of the Venetian Renaissance about painting